William J. H. Boetcker (1873 – 1962) was born in Hamburg, Germany. He was ordained a Presbyterian minister soon after his arrival in the United States. He gained attention as an eloquent motivational speaker. He is perhaps best remembered for his authorship of a pamphlet entitled “The Ten Cannots.” Originally published in 1916, it is often misattributed to Abraham Lincoln. “The Ten Cannots” has been repeated many times since, most notably by Ronald Reagan in a speech he gave at the 1992 Republican convention.

“The Ten Cannots”
1. You cannot bring about prosperity by discouraging thrift.
2. You cannot help small men by tearing down big men.
3. You cannot strengthen the weak by weakening the strong.
4. You cannot lift the wage earner by pulling down the wage payer.
5. You cannot help the poor man by destroying the rich.
6. You cannot keep out of trouble by spending more than your income.
7. You cannot further the brotherhood of man by inciting class hatred.
8. You cannot establish security on borrowed money.
9. You cannot build character and courage by taking away men's initiative and independence.
10. You cannot help men permanently by doing for them what they could and should do for themselves.

About This Book
Coach Yourself is a unique book, compiled exclusively for coaches to provide you with physical, mental and spiritual motivation throughout the season. In his follow-up to A Season In Words, veteran coach Dan Spainhour arms you with quotes and motivational ideas to help you achieve peace of mind throughout the season from how to stay motivated to handling critics. 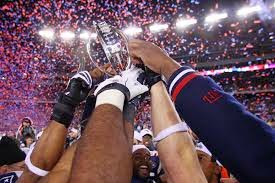 The first and most important element of any leadership endeavor is evaluating people and understanding the importance of identifying roles to create the strongest possible team. Effective leadership is selecting the right people; educating them well, and motivating them to do their very best while asking them to make the commitment to winning.

Every team must have a core of people on which the leader can rely on to understand and express the team’s vision, mission, goals and objectives. That is leadership--properly identifying who those people are. If you embrace this philosophy, it becomes the essential element of good leadership provided you do one more thing: Listen to your people!

Become an active, engaged, and interested listener. You can assure yourself and your program’s success if you create and listen to the strongest core possible. You do that by:
If you select the right people and develop them through education, motivation and challenges, then success will inevitably follow.

—--Adapted from Built to Win: Inside Stories and Leadership Strategies from Baseball's Winningest GM

Built to Win: Inside Stories and Leadership Strategies from Baseball's Winningest GM 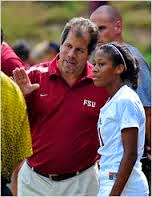 In their quest for improvement many coaches often become too “x” and “o” oriented—they go to clinics, debate new strategies, devour literature, etc. In their obsession with the technical side of their game, they sometimes overlook the other vital aspects of coaching: philosophy, organization, methodology and team building. The point to remember is that whereas the technical side of coaching varies  greatly from sport to sport and even within a given sport, the methodology of exceptional coaches exhibits great uniformity.

—Adapted from How To Be a Better Coach