It’s not unusual for All-America High School Athletes to be spoiled by their early success. They are often told how good they are, and in many instances are given preferential treatment. It’s hard for them to believe they have things to learn, but the fact is that when new recruits start out, their knowledge is often limited. They often have great ability and even some knowledge but they often lack wisdom. They usually are deficient in so many areas—especially the mental approach to the game. There’s a large gap between where they are and where they need to be but they can’t see it.

The leader must find a way to get these young players to see this gap, make them understand it and believe it exists, before they can break through their know-it-all habits.  We always keep in mind these two important characteristics regarding behavior:


—Adapted from The Carolina Way: Leadership Lessons from a Life in coaching by Dean Smith 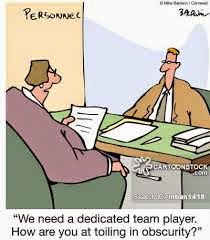 Want to ensure all of your team members are improving? Make sure you allow for these four important factors:

Characteristics Of A Team Player 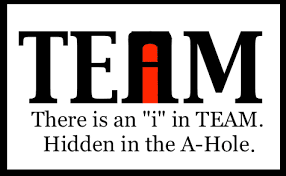 You know you are a team player when: 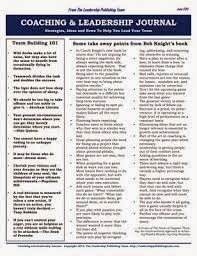 The Importance Of Telling A Good Story 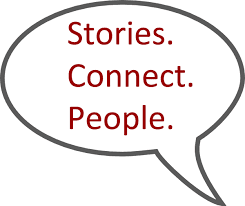 The most effective communicators have been great storytellers, from Aesop to Jesus to Abraham Lincoln to Mark Twain to Garrison Keillor to Ronald Reagan. Why? Everyone loves a story. Stories are like windows to the truth.

Leading through storytelling requires more than just spinning yarns; the stories must make important, relevant points. Through parables, Jesus imparted many of his most vital messages. Leaders need to appreciate this impact and prepare their own repertoire of parables that relate to their own particular enterprise.

Jesus both established and perfected the use of parables as a leadership methodology. Just think of the heroes he created who continue to inspire us—the good Samaritan, the good and faithful servant, the wise virgins, the poor widow, and others. As a leader, you need to teach through relevant stories that create heroes, build legends, and help establish the kind of culture that inspires your followers to excellence. Too many tell stories in which they are the hero. But Jesus was not the hero in the parables he told...others were. So make the heroes of your stories, not yourself. Build them up through your stories. If you aim to be a hero then do what it takes to be a hero in the stories others tell.

—Adapted from Leadership Lessons of Jesus: A Timeless Model for Today's Leaders

by Bob Briner and Ray Pritchard

Leading Narratives:
The perfect collection of stories, jokes and wits of wisdom for leaders

The book is available from our website & any place books are sold.

The Essence Of Team Building 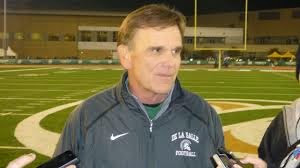 Bob Ladouceur began coaching the De La Salle High Spartans in Concord, California in 1979. He took over a team that had never experienced a winning season since the school's founding in 1965 and turned it into a perennial winner. From 1992 to 2003, he guided the team to 12-consecutive undefeated seasons, setting a national winning streak record for high school football of 151 consecutive wins.
Team building according to Ladouceur consists of the following:
Start with the process. In 1979, Ladouceur sized up his few small, dispirited players, who hadn't had a winning season in the school's history. “My approach was all about process,” he says. “I didn't have any long-term goals. I just said to myself, Let's teach these guys how to win and what it takes to win, and then make it a day-to-day process.”
Create small victories. “I tell each player that all I ask is that by the time each practice ends, for you to be better than you were two or three hours ago. Whether it was in the weight room or on the field, I ask them to walk off a little bit stronger, to understand the game a little more, or at least to have the plays that we were running down more.”
Be a teacher who creates teachers. During practice, Ladouceur teaches techniques, getting down in the stance, talking about first steps. It's also about the complementary thinking that goes into game situations. After a few repetitions, he steps back. “I expect the kids to lead themselves.” Indeed, in the weight room, players supervise one another and think nothing of stopping a teammate's exercise if his form is wrong. “They self-correct,” he says.
Be about something bigger than work. “The kids have to see that you're about more than just football,” he says. “I don't think they respect you otherwise.” This is what elevates the teaching moments above the mundane. "It's not just about getting better physically, it's about how we're getting better as people: in terms of courtesy, respect, how they treat their bodies, how they treat their teammates, and how they respect themselves.”
Build a team with soul. “If a team has no soul, you're just wasting your time,” he says. During the off-season, players go camping or volunteer for community service. During the season, the team regularly attends chapel. Each player fills out a commitment card that lists specific expectations for the next game. What does he talk about before a game? “Love. What is it with us that we find it so hard to say it to each other?”
—Adapted from Don Wallace's book One Great Game: Two Teams, Two Dreams, in the First Ever National Championship High School Football Game