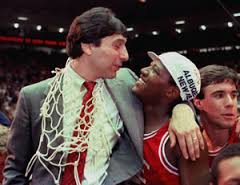 Former NC State head basketball coach and player Sidney Lowe reflecting on his Coach Jim Valvano:
In the huddle, even with Coach V’s enthusiasm, when it was time to be calm he always spoke very positively. Whether it was about a guy we needed to stop or if we were going to shoot a free throw, he always said positive things.
Now, what he would do after the other guys broke for the court, he would grab me and say something different. Like if he told Lorenzo or Cozell that they were going to make a foul shot like it had already happened he’d say to me, “Sidney, if he misses this thing, foul the first f*%$er you can.” Of course, I knew what he was doing. Here’s a situation—one game he told us that we had to take the open shot, and so if it’s there, we take it.
“I want Sidney to penetrate and make something happen, find the open man, I don’t care who it is, just get it to the open man.”And as we are going out he stops me and says, “Now you know I want it to go to Thurl or Dereck!” So the other players were out for this play, but he wanted them to stay confident, and that’s just the way he did it. 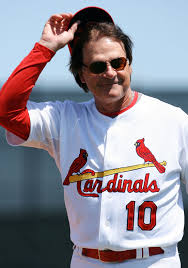 Former St. Louis Cardinal’s manager and hall of fame member, Tony LaRussa thinks the biggest challenge in leading a team today is having players fight through the distractions and concentrate on true professionalism. Even as low as the high school level of sports, players today get too distracted by the chance to make money, so they chase statistics and attention. So players really need to fight through all of that and really stress being as good a professional as they can be and the rest of the stuff falls in place.

To assist in helping players manage these distractions LaRussa maintained a close relationship with Bob Ladouceur, the highly successful high school football coach at De La Salle High in Concord, CA. “From talking with Bob I learned so much about his relationships with the players and the importance of the process. The winning is a result of doing a lot of things right. He's really been great. I've tried to adjust some of our philosophies based on things or tips Bob has suggested.

“We encouraged egos because we encouraged players to take their jobs very personal. If you're a pitcher you have competition against a hitter. If you're a hitter you have competition against a pitcher. So ego is very important. Ego lets you prove to yourself that you're good enough to play in the big leagues, to be a part of our club. But, this is a team competition. We tried to preach the message that it's about our team and each one of us has a contribution to make.”

It’s about creating the right atmosphere. LaRussa tried to impart that everyone--from the players, to the coaches, to the staff and front office people is a part of a big team and each part of the team contributes something, to put the players in a position to produce. “The whole thing is about competition - our team against their team - and you're trying to maximize your chances to win. That's what we all tried to do as an organization. Instead of taking away from each other, and in effect different parts, we must have a scenario where everybody really does well. That doesn't happen every place.”

To help ensure that everyone is helping to create an atmosphere of cooperation, LaRussa looked for certain traits when assembling a coaching staff. What I was most pleased about is that most of the guys on the staffs I've been on became friends after we worked together. They were not friends first and that's how they got the job. We look at certain expertise because there is a lot of teaching nowadays in the big leagues. Players get here in a hurry. So you have to be able to teach them. Secondly, there needs to be a personality that turns players on. You don't want to turn them off. You can be quiet; you can be funny. There just has to be something there. A lot of it has to do with sincerity. And finally, we insisted that the coaches live and die with the results. They just couldn't come in with their expertise and say, "I coach and whatever happens, happens." We wanted them excited if we win and suffer if we lose. That's the kind of criteria we wanted, says LaRussa. “The love of the game and the desire to learn it. I think that is critical.” This desire is what fosters the vigor necessary to consistently work to develop a winning atmosphere.

One Last Strike: Fifty Years in Baseball, Ten and a Half Games Back, and One Final Championship Season

Try To Avoid Saying "If I Were You" 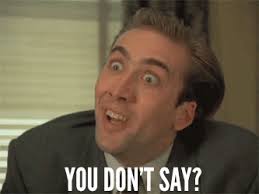 When a player or colleague comes to you with a problem, don’t preface your advice with “if I were you”. That locks the person into tackling the problem one way. It also can restrict the development of problem-solving skills because the person is relying on you to fix the problem.

A better way is to phrase your advice in terms that allow others to learn from your experience, not simply repeat it. They receive your advice then they go about solving the problem themselves.

Example: “I remember having a similar problem once before. Would you like to know how I solved it?” or "Here are some things that I think will help you solve the problem you have."

How you cope with failure tells people a lot about your leadership ability. When things go wrong, experts recommend these 3 tactics:


Good leaders know that failure is not final. When leaders approach failure from the proper perspective and take the correct action it can actually become a foundation for future success.